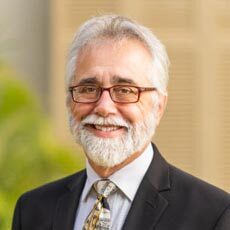 I woke up Saturday morning just like any other day. Maureen, was up before me, of course, as she moves like a cheetah, completely opposite of me as I move like a sloth. I just take my sweet time. The gentle waves of Tampa Bay just outside our bedroom ... Read more
I LOVE MUSIC! For those of you who know me this does not come as a surprise to you. Being the youngest of 5 children, I became interested in all Genres of music.My Mother would listen to Movie Soundtracks like Sound of Music, South Pacific, Fiddler on th... Read more
Investigations by Chinese authorities have identified human cases with onset of symptoms in early December 2019.The first laboratory-confirmed case of COVID-19 in the United States was confirmed on January 20, 2020, and reported to CDC on January 22, 202... Read more
Several months ago, I made a video to my future Care Partners. In case you didn’t see it, here is a a link to the video. https://bit.ly/30fWF5O In the video, I talk to my Future Care Partners, telling them my likes and my dislikes so that when ... Read more
Every year during this time, I start reminiscing about:* What would I be doing if . . . ?* Where would I be working if . . ?* How different would my life be if . . . ?Things of that sort. This year, the reminiscing is a bit different and more powerful... Read more

Brian LeBlanc is originally from New Orleans, LA and now makes his home in Largo, FL. It was in Pensacola, FL where he found his niche in the professional world as a Marketing and Public Relations Executive.

All that changed in October of 2014 when he was diagnosed with Younger-Onset Alzheimer’s Disease, thus becoming the 4th generation in his family to receive this diagnosis. In June 2019, he was also diagnosed with Vascular Dementia. Being he made a career by using his voice, he knew he HAD to use it now to Advocate and Educate for Persons Living with Dementia and their Care Partners. He does this also to honor his Mother who died with Alzheimer’s disease.