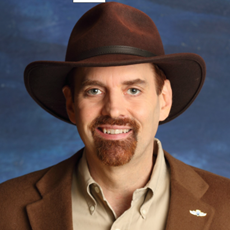 Bob Bacheler MSN, CCRN, CFRN is a mid-50s YO married father of three. After attending Penn State University where he obtained a BS in Science specializing in Astrophysics and Mathematics Bob attended Community College of Philadelphia where he obtained an RN Associates in Nursing. Over the next twelve years Bob worked throughout the Philadelphia Metropolitan area as an independent contractor nurse in many of the ICUs, ERs, all three burn centers, and several other specialty units. During that time he attended the University of Phoenix, where he obtained his Masters of Science in Nursing. In 2007 Bob started his career as a Flight RN.

In 2016 Bob officially launched Flying Angels, which has grown to include nurses and doctors worldwide who accompany patients who have medical needs on commercial airlines.

Bob has been a contributing author several texts including the current Association of Air and Surface Transport Nurses Association (ASTNA) Standards for Critical Care and Specialty Commercial Carrier Medical Transport www.astna.org . Bob also serves as a member of the Subject Matter Advisory Board (SMA) for ASTNA as an advisor on all aspects of commercial medical transport and has served on the Board of Directors.